“We’re really pleased to be bringing the Whitegold Festival back to St Austell this year. Our town was built on the china clay industry and it’s a really important part of life here. There are reminders of our china clay heritage everywhere, from the Sky Tip that towers over St Austell to the Eden Project, which is built in a former china clay pit. Whitegold will celebrate this unique heritage and the arts and culture that it has inspired.” Sir Tim Smit

“To create new ideas and energy you’ve got to look back to the past and value it and in St Austell you’ve got this golden thread of the clay, so important. We tend to forget what fantastic makers we are, we’re number seven in the world… it’s so great that Cornish ware is being made back in Britain.”Emma Bridgewater

2017 was the second Whitegold festival organised by St Austell Bay Community Interest Company, following on from successful one day pilot in 2016. The 2017 event also took place over one day, the 30th of September, in White River Place but built in more participatory activity in the lead up to the event, increased the diversity of artists involved, added to the content available to the public on the day and spread over a larger area of the town centre.

Events on the day of the festival included follow up workshops from the 2016 event with visitors making their own China Clay treasure bowls with the artist in residence at china clay manufacturer Imerys, Jenny Beavan. The piece followed on from her work White River, about the River Vinnick, which runs through the town and flowed white with China Clay waste, with the idea of exploring with local people the way in which china clay has been traded globally across the seas.

Cornish potter Paul Jackson, another long term associate of the Whitegold festival, developed his project to celebrate the unique horticultural heritage of the town with a public workshop for people to make Eucryphia flowers. These unusual flowers are from trees in the churchyard of Holy Trinity in St Austell. Inspired by the 2016 workshop White River Place management planted new Eucryphia trees in time for the festival. Paul was also able to exhibit work from his new project, a series of large ceramic bowls based on the medieval fonts of local churches.

Also similar to the previous year Cornwall College put on a display of 8 students ceramic work as well as ceramics by Cornwall College alumni Sarah Cooling, now a professional potter. The exhibition showcased a long term documentary photography project about the china clay area by Plymouth University photographer Oli Udy. Imerys, the china clay manufacturer, also put on a display, as did the Wheal Martyn China clay museum and St Austell Brewery. The festival welcomed St Austell Community Radio which broadcast from the event all day, reaching out to new local audiences.

New in 2017, and a popular draw at the event, was the demonstration of pottery throwing and decorating by the makers of Cornishware, T G Green and Co. This event has been part of awareness raising for an ongoing project to create new manufacturing premises for T G Green alongside Wheal Martyn museum, bringing Cornishware to Cornwall for the first time.

The event was able for the first time to make a direct connection to its partner Stoke on Trent as the festival was officially opened by international ceramic designer Emma Bridgewater. Emma also gave a talk about her work which was attended by 50 people. Her presence at the festival was part of reconnection between St Austell as the home of China Clay in the UK and the home of Emma’s factory in Stoke-on-Trent, the town celebrated world-wide for its potteries. The presence of local ceramicists was increased in 2017 with a new selling area of stalls in Alymer Square. 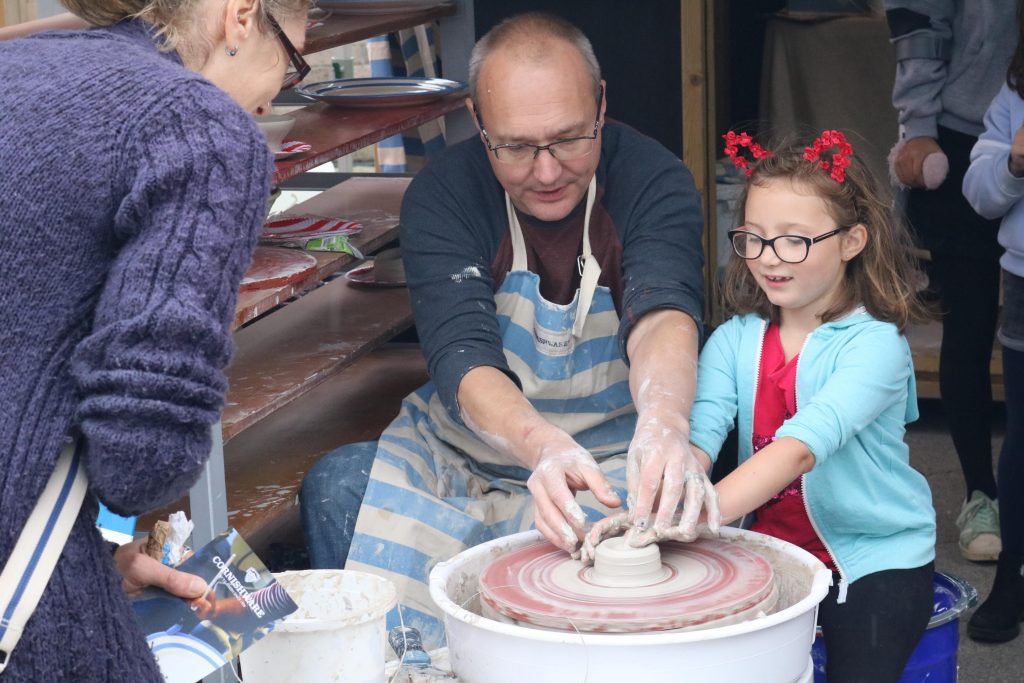 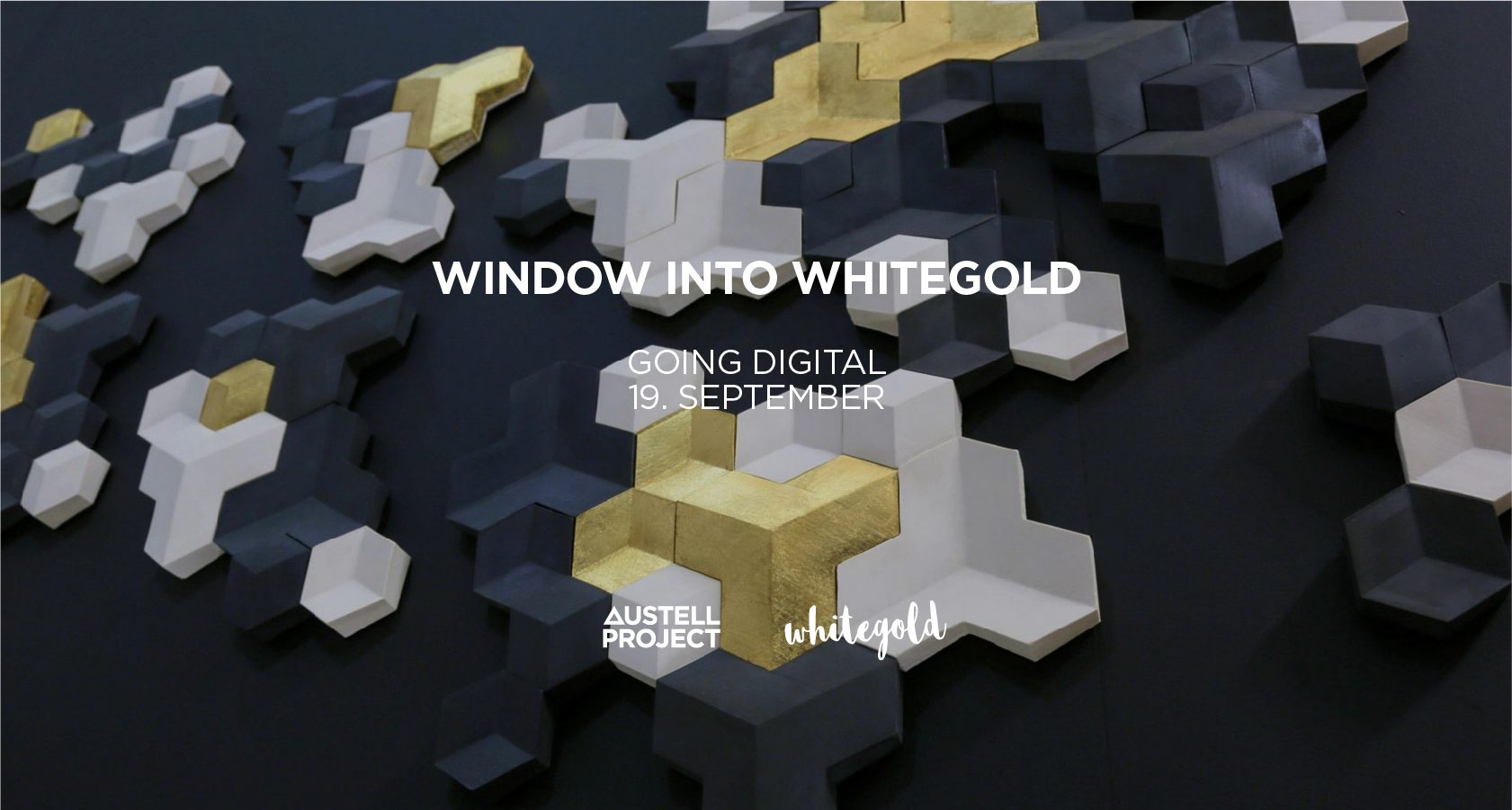 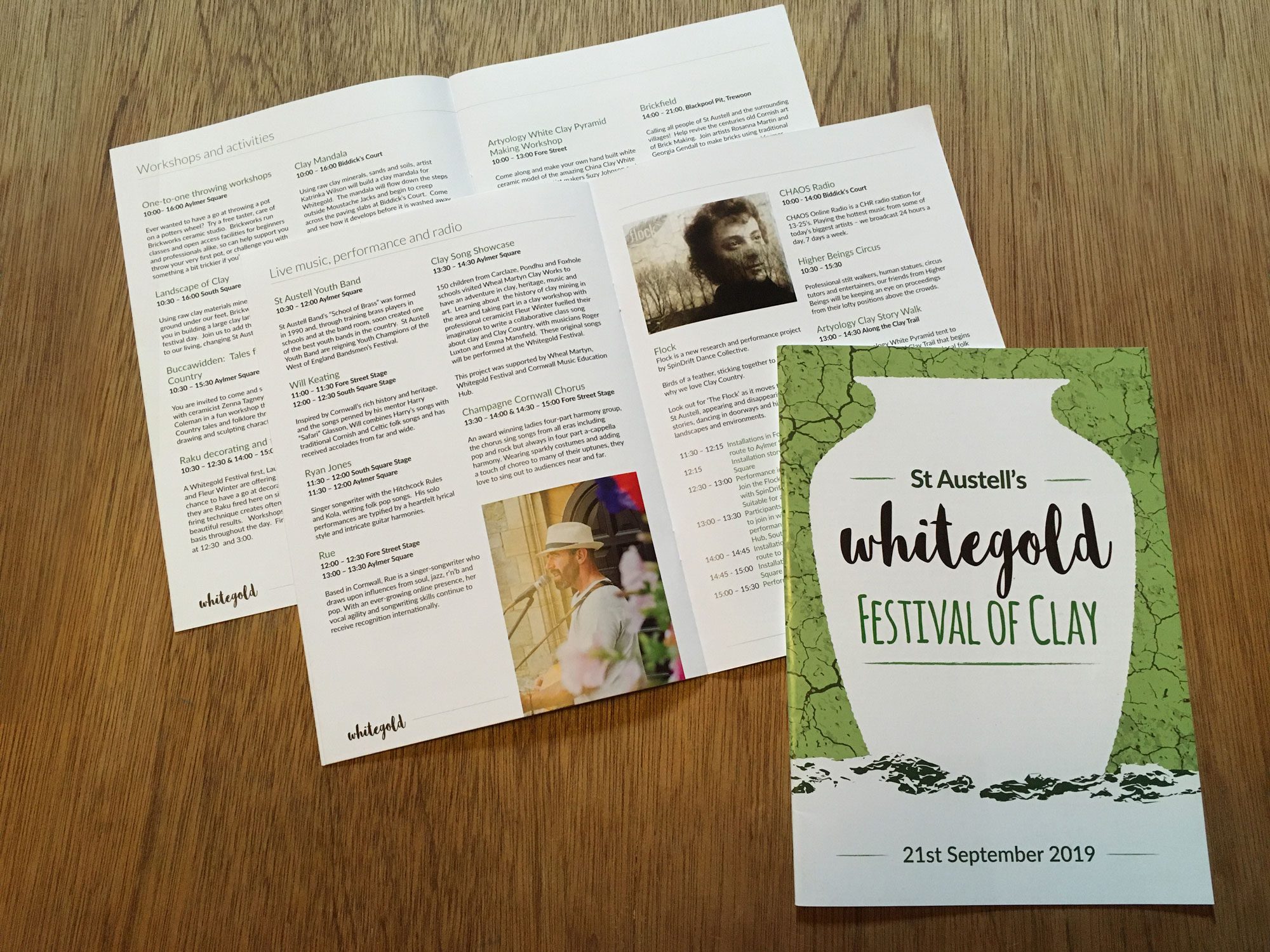 From clay talks to clay walks, hands on workshops, live performance, and an a-z of clay makers and potters 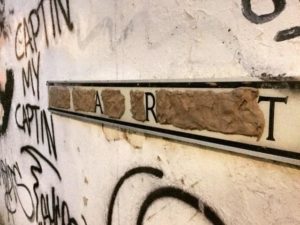