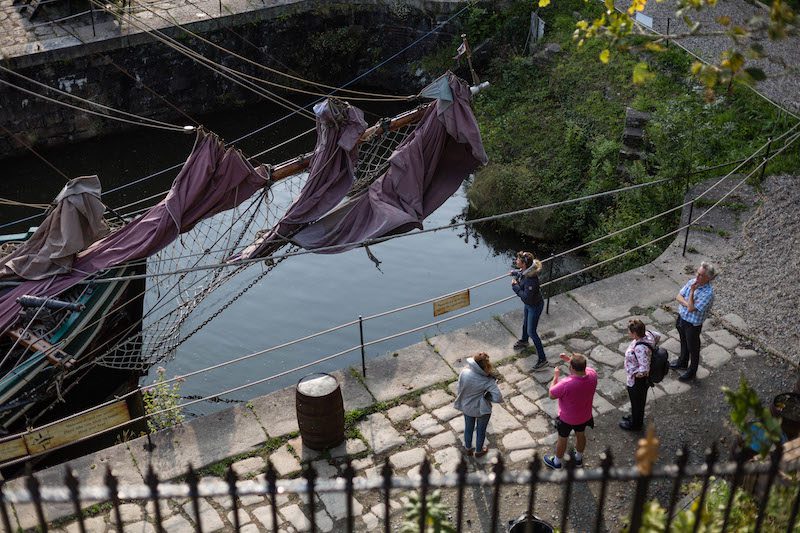 Transport yourself back in time by visiting the delightful Georgian harbour village of Charlestown.

Built and developed in late 1700 and early 1800, Charlestown is still a working port and has developed as a centre for tall ships and traditional sailing vessels over the past 20 years.

Charlestown has long been a natural film set and has featured in many films. It was shortlisted along with its resident tall ships for the original “Pirates of the Caribbean” movie and has hosted many of the Hollywood greats. Having recently changed hands the filming continues regularly and most recently some scenes for “Poldark” were set in the Port.

The Charlestown Shipwreck and Heritage Centre is well worth a visit and is inexpensive lying on the North side of the harbour. The Greek Trireme berthed permanently on the hard up by the roundabout is hard to miss and is a left over from the film “Jason and the Argonauts” and “Odyssey”.

During the summer months, there is so much going on in Charlestown, an amazing choice of eateries and bars, antique shops and art galleries. If none of these are for you then there are the amazing beaches, north and south and although not golden sanded, they are rugged, with great views over St Austell bay.

During the winter months it’s a great place for an afternoon out and on a nice day there is nothing better than a tea party on one of its beaches, an hour or two beach combing or treat yourself to lunch in one of the various pubs. Some very beautiful tall ships use Charlestown as a winter maintenance port and is the winter home to the Brig “Phoenix” a star in her own right having most recently been at the centre of the Moby Dick movie “Heart of the Sea”

There is a good-sized car park at the top of the village and it can be a great jumping off point for the coast path heading west out via the small fort on the headland it’s well worth.

It receives much more footfall these days with thanks to social media and better advertising, although is still bypassed by many visitors and locals alike as it is not on the way to anywhere. Its easily accessed via Mount Charles roundabout and clearly sign posted.

Go and take a look for yourself – you wont regret it I assure you .