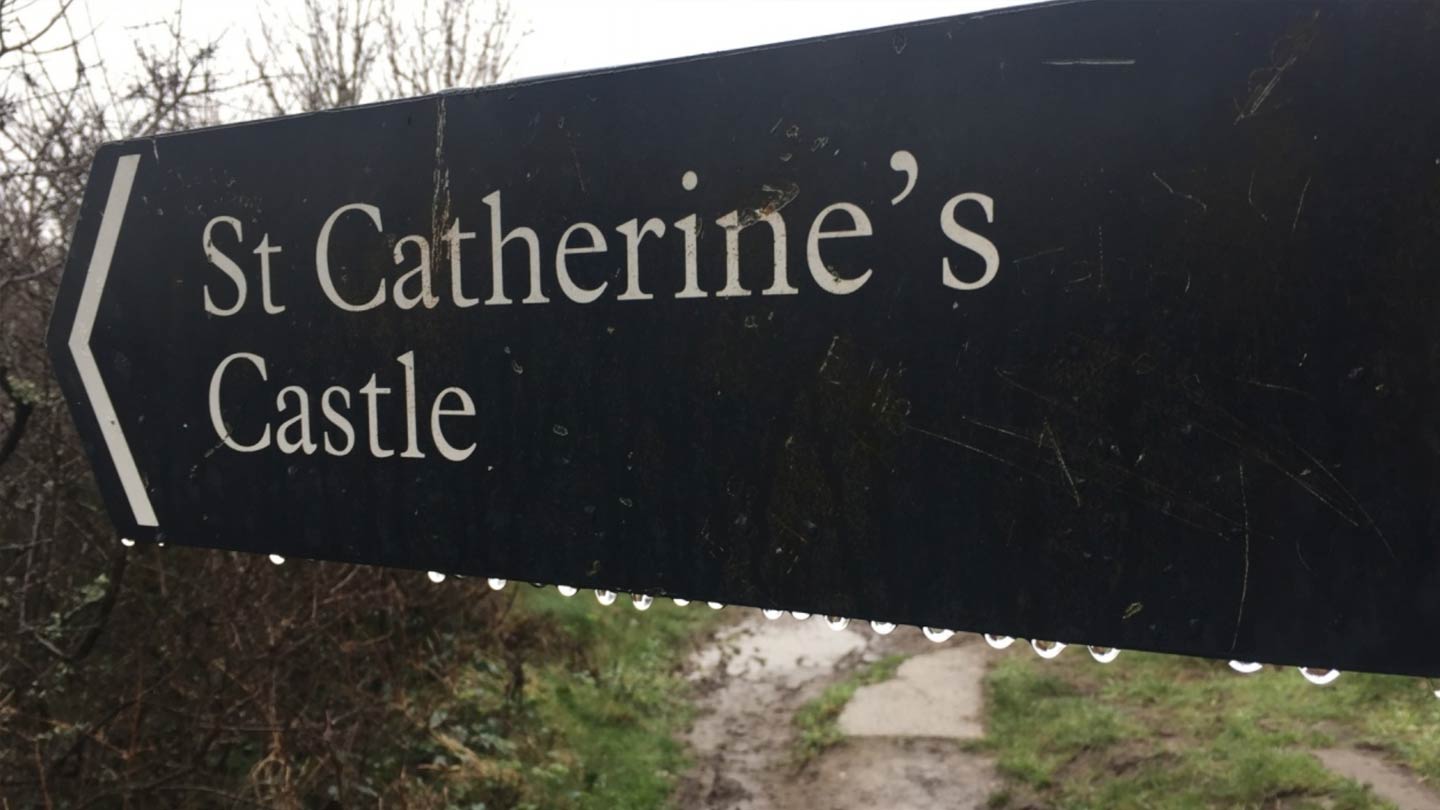 This short, yet hilly walk will show you Fowey in a new light.

Make your way through green fields and woodland to enjoy spectacular coastal views and discover the historic St Catherine’s castle perched on the edge of a cliff.

Start by parking at the National Trust Coombe Farm car park (grid ref: SX110512) and once on foot, turn right down a track, waymarked towards Readymoney. You will go past a B&B on your right, continue forward, go through the gate and walk across the field on the well-trodden grass path.

Take the time to enjoy the views of the coast to your right.

Next, take the path bearing left, going through a metal kissing gate and continue down the steep hill. This path can be rocky underfoot, so sensible walking shoes are advised. This stretch can also be very muddy after bad weather.

Around half way down the hill, you’ll find some steps to the left hand side of the path, making the descent much easier. At the bottom of the steps, turn right, following the direction of the wooden marker.

The path will continue to descend. At the fork towards the bottom of the hill, take the right hand side path (for a quick detour to Readymoney Cove, take the left hand path. In the summer months you’ll often find an ice cream van near the beach).

At the top of the path, you will find a stone marker for the Gribbin, turn left here and proceed down to St Catherine’s Castle.

Formed part of the coastal defence system started by Henry VIII after his break with the Church of Rome resulted in England’s isolation from Catholic Europe.

A battery for two guns was built on the levelled platform on the tip of the headland below the fort during the mid-19th century, protected behind a parapet wall.

By the end of the 19th century, St Catherine’s Castle had been abandoned, but it was put back into military service again during the Second World War. From June 1940, St Catherine’s Point became a gun battery and observation post, stretching from the castle to the higher ground to the west. Most of the 1940s concrete defences were dismantled after the war.

The fort is a single D-shaped tower looking south-east from the tip of the headland. The tower is two storeys high with walls more than one metre thick and features two rows of gun ports. There are a further three gun ports on the ground floor, as well a tall, narrow fireplace.

The first floor has a number of narrow windows that would have been ideal lookouts. There area further two gun ports at this level, one of which is blocked. In one corner of the tower are the remains of a spiral staircase that gave access to the upper floor and roof.

Once you have finished exploring the castle’s remains, head back up to the sign and turn left, following the path just set back from the cliff edge. As it splits into three, take the middle route (there will be a shelter to your right).

Continue up a medium incline and at the next fork, turn left through a gate back into Allday’s Fields.

These fields were once a golf course, but were presented to the people of Fowey by G James Allday MBE in 1951.

Walk along the path through the field, reaching the far corner and take the the trodden path back up the hill to start looking back to the starting point.

Keep going through the fields, until you reach the gate at the start of the walk and the road that takes you back to the car park.