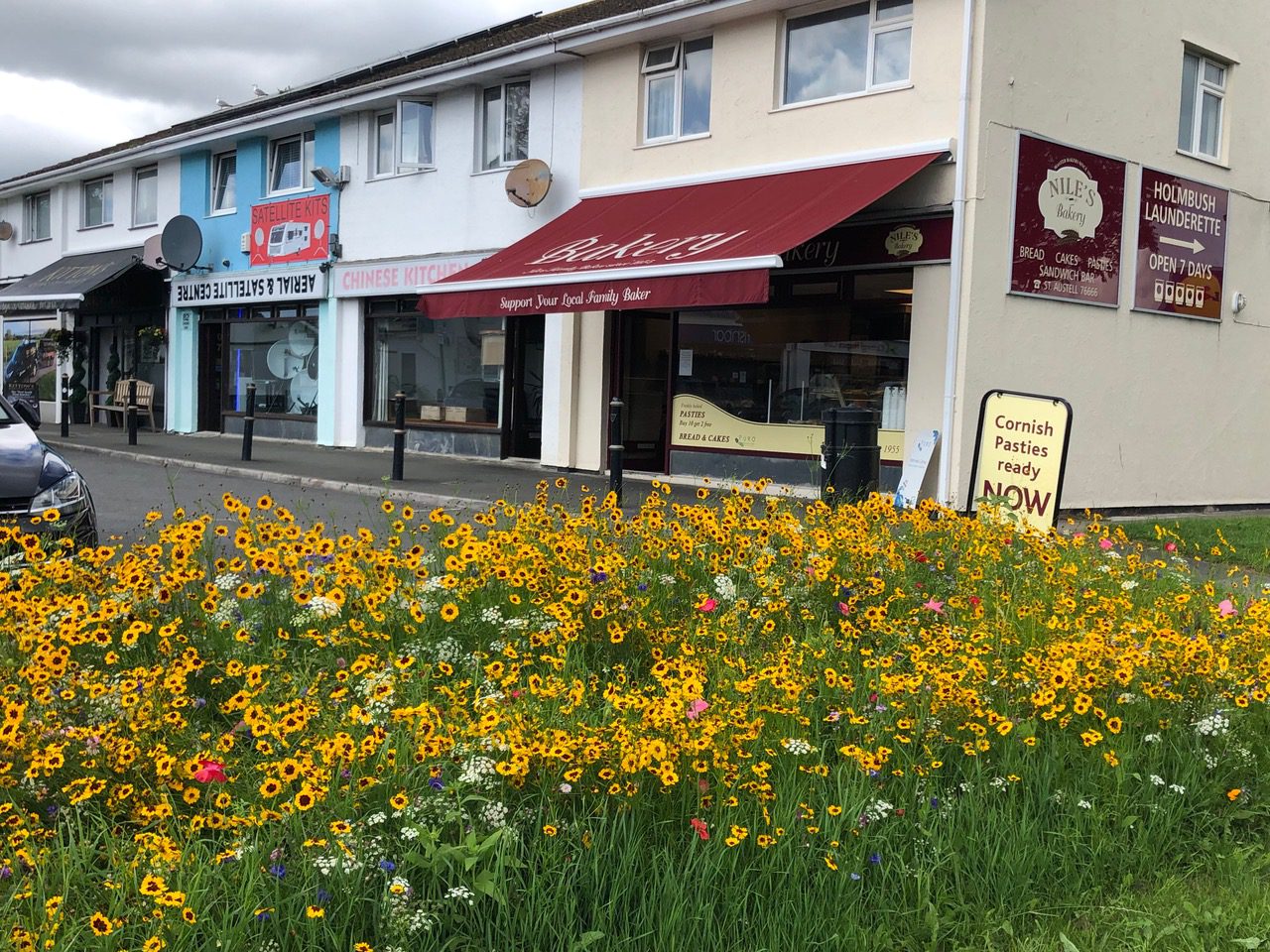 Our Story Continues – The Garden Route

The Garden Route is one of the pioneering new initiatives, led by the St Austell Bay Economic Forum (SABEF – a group of local businesses, public bodies and community organisations), within the ambitious ‘Austell Project’.

The Garden Route is reimagining the landscape bordering the A391 and its roundabouts to transform the site into a 6,000 square meter flourishing Wildflower Corridor and Perennial Meadow Garden – the first project of its kind in Cornwall, in partnership with Cornwall Council and the National Wildflower Centre at the Eden Project.

Two testbeds at Holmbush and Trenowah roundabout, planted in early summer 2019 were very successful and have helped shaped the larger scale vision of The Garden Route on the A391.

The design team for the Perennial Meadow Garden (which sits between Carthew roundabout to the Pinetum junction on the A391 – will join the Wildflower Corridor between Carludden and Carclaze roundabout) were appointed by SABEF in January 2019 to begin work on how to deliver the project. The design team is made up of award-winning local garden designer Darren Hawkes and Truro based Landscape Architects Meiloci.

The SABEF team held a public consultation event at The Garden Festival in St Austell this summer, and the Whitegold Festival in September, inviting local communities into the development of the Austell Project’s greening and ceramics initiatives – including the Wildflower Corridor and the Perennial Meadow Garden.

Over 12,000 visitors were welcomed to the 2019 Garden Festival, joining in the celebrations of the town’s famous botanical gardens, beautiful surrounding landscapes and local bio-diverse wildlife.

The team also made a number of presentations to key stakeholders, partners and members of the community and host a bi-monthly meeting of the Green and Whitegold steering group to share regular updates on the research and planning – aiming to revolutionise St Austell’s gateway road.

In September, after months of research and consultation, the first phase of work to bring to life to the new Wildflower Corridor began. A specialist local contractor was appointed to undertake the ground works, to ensure that the verges alongside the A391 are safely and properly prepared with minimal disturbance to local people.

During the winter months, there sadly isn’t much to see. However, once the weather warms in the new year The Wildflower Corridor is set to take shape at speed. In a first for Cornwall bespoke turf peppered with a mix of perennials and pollinators is being created by specialist horticulture experts, Pictorial Meadows, especially for the site in St Austell.

Unseen anywhere else in the county, the incredible mix of flora is designed to create a sustainable community of plants that support each other to offer a year-round floral bloom. The plants which include St John’s Wort, Evening Primrose, Orange Hawkweed and Purple Coneflower amongst others – have also been hand selected as in addition to looking beautiful are also particularly good for creating a biodiverse habitat attracting bees, butterflies and dragonflies.

It’s hoped the first buds will bloom in the spring, creating a riot of colour along the gateway road into the town.

And to join the conversation on social media please see: